You can Learn from a Child –then a Rabbi 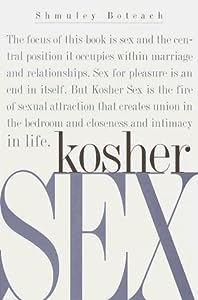 A child had parents who divorced. It almost devastated him. He grew up with a poor self-esteem.

Today, this child has grown up and he is called influential. One is influential when one writes 25 books—most of them best-sellers. In fact, one book sold more than one million copies and was translated into 27 languages, probably in part because of its title: Kosher Sex

He loves his wife and divorce is unlikely. He has nine children.

He was quoted as saying “Gaining wisdom that lead to delayed gratification has been an experience of gratification to me” Profound indeed.

He was asked his recipe for success in life.   I encourage you to ask if his 5 questions apply to you—or not.

Now, you don’t have to be Jewish to appreciate this man’s wisdom. But if you want to learn more on how to fight back when life gives you a lemon, pay attention to his words. (Recently I mentioned that our beliefs, words and thoughts will predict our success. Many gave me feedback and said “How true”)